(THIS PAGE IS and will continue to be UPDATED  My apologies for the
delay in keeping the postings current and for missing many important events.  Please email GM Saffold with suggested posts.)

What a great event this turned out to be. All because of the tremendous support by Tang Soo Do Practitioners from all around the world! Thank you all! You can each take pride in helping make it a success. I will always be grateful and remember those that made it so successful.

A special thank you to Grand Master Eng Sin Tan and all the practitioners from Malaysia who came and performed so wonderfully. You are all to be commended.

Everyone that came and competed, taught, assisted, outdid yourselves! I am proud of each of you. My sincere thanks. Tang Soo!

SOME OF OUR EVENTS

SGM Pedro Vangas and his excellent organization, Bi Sang Kwan, hosted an international event in Vina del Mar, Chile in November, 2018. Sr. Master Juan Faundes Plaza and the members of his Chile organization presented an excellent event. It was a great example of “World Tang Soo Do General Federation” coming together for a worldwide event. 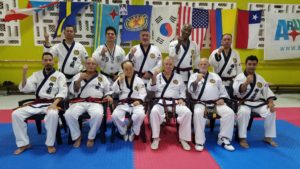 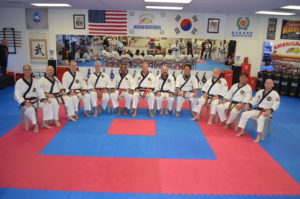 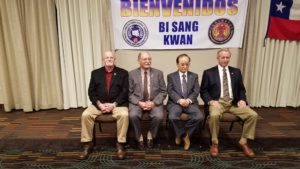 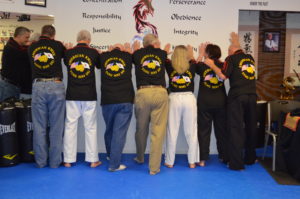 There are so many announcements of the successes of the member organizations and the individual members. We are so very proud of these fine achievements and share them via social media, particularly Facebook. To have them added here, please help by sending them by email.

Grand Master Walter Rodd from Monroe, Michigan was promoted to 9th Dan in Korea during the Forum held there in November, 2017. Congratulations Grand Master Rodd.

Sr. Master Peter DeFosses from Sebastian, Florida tested for and was promoted to 8th Dan in Korea during the Forum held there in November, 2017. Congratulations Grand Master DeFosses.

Grand Master AJ Perry 8th Dan from Medina, Ohio honored us by joining the American Kwan Tang Soo Do Federation. Another great addition having him and his school as part of American Kwan.

Master Cliff Ott, 6th Dan from Sevier Martial Arts in Sevierville, Tennessee honored us by joining the American Kwan Tang Soo Do Federation in February.  What a great addition having him and is school as part of this great organization.

Grand Master Saffold was honored by the World Tang Soo Do General Federation to be promoted to 10th Dan effective August 1, 2016. The formal presentation of his promotion was made at the October 17th, 2016 Seminar and Dan testing in Grand Ledge, Michigan.  There were many, many friends and fellow Martial Artists in attendance.  Tang Soo!!!

Sr. Master Dennis McHenry tested for and was promoted to 8th Dan by Grand Master Saffold on March 13, 2014. His test was another example of what an excellent Martial Artist is and does.  He is now officially a Grand Master of Tang Soo Do. Congratulations Grand Master McHenry.

Sr. Master Michael Baird tested for and was promoted to 8th Dan by Grand Master Saffold February 9, 2013. His test was awesome as he is an exceptional Martial Artist. He is now a Grand Master of Tang Soo Do. Congratulations Grand Master Baird!

The Forum included:
Meetings and discussions among the world’s Tang Soo Do leaders
Spending time and getting to know the senior Korean Grand Masters
Training led by Sr. Grand Master, Hee Suk Choi, Dan #3
The introduction of seven new Hyungs
The name of the World organization was decided to be:

Also, a trip to the World Martial Arts Park in Chong Ju, Korea. It was at the park that each of the Forum attendees signed a Tang Soo Do proclamation that will be permanently displayed at the park.

A tour of Seoul, a visit to the Martial Arts sales stores, and while there, a quick visit by Grand Master Saffold, Sr. Master DeFosses and Master Alden Lee of Holland, to the Kook Ki Won headquarters of Tae Kwon Do.

THE MOST SENIOR GRAND MASTERS IN TANG SOO DO!

SGM HS Choi, Dan #3 and SGM KW Choung are the most senior active Tang Soo Do Dan members in the World.

SGM K W Choung, the current President of the World Tang Soo Do General Federation, is a long time friend of GM Saffold.